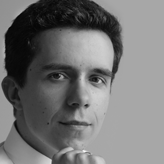 Bartosz is a manager of Inkubator Technologiczny w Krakowie at Krakowski Park Technologiczny where more than 30 startups develop their products. He analysed ca. 200 business plans or pitch decks, consults business models with founders especially at early stage of development. He is responsible for ongoing work with growing teams of IT companies. He mentored teams at multiple startup events, hackathons and development programs. Since June he is also a member of the board at seed fund FZKPT that has portfolio of 20 investments. Working as an investor allows him to work with more experienced teams on growth and development strategies. Bartosz is deeply involved in Krakow startup community #omgkrk, responsible mainly for relations with public administration. He is also Startup Poland Foundation ambassador in Małopolska Region. Leader of Desing Thinking workshops and business development trainings done for more than 400 people. Involved in several NGO organisations.

Bartosz background is economics. He graduated from PhD studies at University of Economics in Kraków. Worked also as a researcher in some EU projects and for Regional Government. 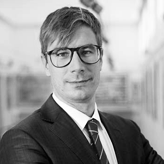 Jakub Kruszelnicki is working in EU-funded projects since 2007 starting from collaboration with Cracow University of Technology. During his Master Studies (European Integration on UAB) he was involved in FP7 proposals development for GEDIME investigation group. After studies, the internship in European Institute of Public Administration has expanded his experience to other EC calls (EuropeAid). Since February 2010 he was working in LEITAT Technological Center as International Project Manager responsible for NMP area. After 2 years in LEITAT, in September 2011, Jakub was assigned as Responsible for International Projects to KIM SLU where he is in charge of International Projects managing ongoing European projects and looking for opportunities to join European consortia, as well as coordinating proposals for KIM. After establishing European Projects Office with 6 FP7 projects gained the responsibilities of Jakub have been extended from European to international scope assigning the role of opening new markets in Latin America (Mexico, Colombia, Argentina) as well as European (Eastern Europe). Starting from November 2014 Jakub has relocated to Cracow and assumed the charge of Director of Technology Transfer Centre of Cracow University of Technology, at the moment he is supervising staff of 30 persons divided into 3 teams: Commercialization, Structural Funds and Framework Programmes. The Office is at the same time Regional Contact Point for H2020 as well as Europe Enterprise Network office. Additionally Jakub supports creation of special purpose company for launching spin-off initiatives. 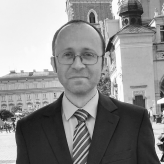 Vice-President of INTECH PK Sp. z o.o. – responsible for business development and management of contracted services, involved in setting up of 2 academic spin-offs (Alsitech sp. z o.o. and FlexAndRobust Systems sp. z o.o.). Since 2002 works at University of Technology as specialist for university intelectual property commercialization. Graduate of Information Technology and Econometrics at Economic Academy in Krakow and postgraduate of project management at AGH University of Science and Technology in Krakow. Participated in the Ministry of Science and Higher Education program “Top 500 Innovators Science-Management Commercialization” at Stanford University Co-creator and animator of “caseLAB – The Lab of Good Practices” - the series of workshops that concern in application of Design Thinking and Business Model Canvas methodology in business initiatives. 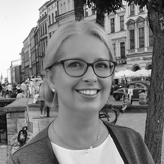 Izabela Paluch / President of the Board at INTECH PK Sp. z o.o. She specializes in intellectual property management, commercialization of R&D results, financing innovations and spin-offs incubation. She has over 20-year experience in business enterprises, building sales network for products and services, managing international investment projects, implementing new technologies. Since 2011 she is working for Cracow University of Technology as senior specialist for university intellectual property commercialization and manager of SPIN-TECH program (National Center for Research and Development). Involved in setting up two academic spin-offs ALSITECH and FlexAndRobust Systems, in which she holds the position of the Proxy of the Management Board. Co-creator of “caseLAB – The Lab of Good Practices” - workshops that concern in application of Design Thinking and Business Model Canvas methodology in business initiatives and mentor in Polish-first start-up academy for women “Girls Go Start-Up! Academy”. Graduate of Law and Administration at Jagiellonian University and postgraduate of “Business School – Institute of Business Studies” at Cracow University of Technology and Central Connecticut State University, USA. The laureate of the Ministry of Science and Higher Education program “Top 500 Innovators Science-Management-Commercialization” at Stanford University (2013). 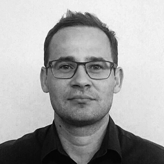 Martin Sebena currently works as a Global Program Manager, coordinating the implementation of supply chain financing programs in Australia and New Zealand. Martin is located in PrimeRevenue’s APAC operations centre in Hong Kong, which he helped establish in March 2012. While based in Hong Kong, he spends up to 50% of his time traveling to Australia to meet clients or to Asian countries to coordinate supplier meetings. Martin previously worked in PrimeRevenue’s offices in Melbourne and Prague, primarily in operations and sales support positions. He holds a Master of Finance degree from the Curtin University and Master of Arts in Chinese and Political Science from the Charles University in Prague. In addition to English, he’s fluent in German, Russian, and Mandarin. 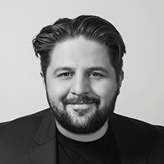 CEO, co-founder of the Reality Games. Zbigniew studied law, government administration, and management at Jagiellonian University in Krakow, Poland.  He was a founder and CEO of a marketing syndicate Supremum 360 (made up of 3 companies and employing 60 people), which he bootstrapped and ran for 12 years, and successfully sold. It was listed as one of the top 20 marketing agencies in Poland. He also founded Second Poland, where he built an online community of over 300,000 avatars. Second Poland built virtual Polish cities in a 3D environment by integrating 3D elements with Web 2.0 services on a 1:1 scale.  It was one of the few companies in the world with real monetization of Avatars in companies from real life. He was one of the initial founders of Goldberg & Son, a firm which offered a full range of consultation services on the real estate market in Poland.

In 2009, after working for 8 years in the real estate industry, he founded Super Developer. It was that year's Seedcamp Warsaw Finalist. Super Developer offers your sales and marketing team one tool where you can update your client reports, sales statistics, manage reservations, generate and print promotional materials related to both the entire investment, specific apartments, and commercial properties. In 2013, he opened one of the first tech coworking space in Krakow named Colab as a co-founder. He was also an investor at Vivo Domus. Later, he was a developer of several luxurious apartments in the old city centre of Krakow. He was the director of the Polish Promotion Programme 2020, which was developed at the Kosciuszko Institute in Krakow. This was a promotional programme which aims to promote Poland. It included Poland's contemporary design, arts, culture and creativity.

Currently Zbigniew is the CEO and a co-founder of Reality Games, a mobile gaming studio that creates games based on Big Data. Their flagship game, Landlord Real Estate Tycoon, has over 3 mln of players worldwide, and in last 6 months company has organic growth by 10% / week in sales.